Eco Editors is run by highly experienced editors and award-winning writers Linda Vergnani and Tony Spencer-Smith. A husband and wife team, they share a background in the mainstream media and a passion for the craft of great writing. 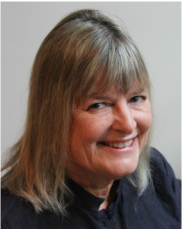 Linda Vergnani
The founder of Eco Editors, Linda is an award-winning freelance journalist, a versatile content writer and a highly skilled editor. She has web, book, magazine and newspaper writing and editing experience.

She has also contract writing and editing for organisations including WWF Australia, the Nature Conservation Council of NSW, the City of Sydney, Tourism Australia, CSIRO, Maurice Blackburn Lawyers, the NSW Food Authority, IDP Education Australia, Macquarie University and Fuji Xerox Australia. See what others have said about her.

Her previous roles include South African correspondent of The Chronicle of Higher Education and head of communications for the Independent Development Trust, which worked with the government of Nelson Mandela on improving health, education and housing for the poorest people.

Her photographs have been published in two books and numerous magazines. See some of her stories on her journalism website. 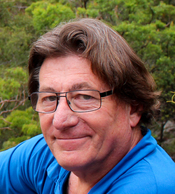 Tony Spencer-Smith
Tony Spencer-Smith is an outstanding corporate writer, editor and trainer. He is also an award-winning novelist and a former Editor-in-Chief of Reader's Digest magazine in Australia and South Africa.

In 1992 he won South Africa's biggest literary prize, the M-Net Award for his children's environmental fantasy The man who snarled at flowers. His other books include The essentials of great business writing (Editor Group).

He relishes writing, bird watching, reading about nature and the origins of life and playing a mean game of tennis. Tony tweets as @syllababble.
E: contact@ecoeditors.com.au M: +61 409005997. All content copyrighted.